Electrical Outlet; Which Orientation Is Correct? 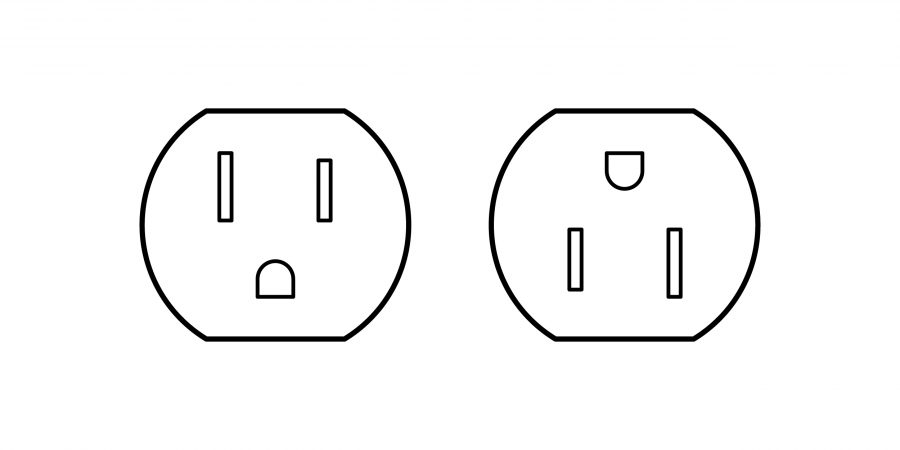 Electrical Outlet; Which Orientation Is Correct?

The age old question (not really), does the 3-prong outlet ground go on top, or the bottom? Maybe it came up in the field during install, or you were just curious.

In reality, this question is very much similar to the toilet paper question: over or under?

It really doesn’t matter in reality. The fact is, the toilet paper functions pretty much the same regardless of position (our opinion is that it’s easier to grab when it’s over… and that is how it should be…). But it’s hard to say one is wrong, because ultimately, it still works both ways. The same is true for the three-prong outlets, whether it is on top or bottom, the outlet still functions perfectly fine. The outlet and electricity doesn’t care about orientation in this case.

Since there isn’t a correct or wrong way that will be apparent by function, technically speaking… Let’s look at the patents and see what the inventors of these pieces had wanted. For the three-prong outlets, we are looking at US Patent US2872654A (granted 1959-02-03). Here, you can see inventor Wilbur R Smith shows the grounding plug on top. Therefore, the ‘technically’ correct way to install outlets is with the grounding plug on the top.

This invention actually encompasses a couple different pieces (if you read through it). One of which is the third prong piece, but another is the lockability of the outlet to have a rotatable cylinder which locks the prongs into it. This doesn’t have widespread adoption, but the patent has been referenced thoroughly in other patents, and is applicable for the ground plug.

Curious I’m sure, let’s look at the patent for toilet paper, this is US Patent US465588A (granted 1891-12-22). Here we see inventor Setii Wheeler show the paper roll on top. This is the ‘correct’ way to have your toilet paper on the holder. (told you)

We’ve heard that the grounding plug on top is also a secondary means of protection if something falls onto the outlet… think of a picture frame accidentally being knocked off the wall and landing on a plug connected to an outlet. The ground plug is the longest and ‘strongest’ of all 3 plugs (live, neutral, ground), so this would mean the brunt of the force is carried into the most accepting piece. While this may make some sense, its not referenced in the patent, and there isn’t any other documentation to really find this to be a ‘valid’ concern. After all, it’s not a regular concern to design for pieces falling off walls, so we would consider this as more of a ‘happy coincidence’ if you follow this logic.

Some electricians have chosen to use this method to mark what outlets are switched. If in a space and the vast majority of outlets are one way, with few outlets ‘flipped’… it’s likely the flipped ones are switched (connected to a light switch).

The question becomes, why (and when) did the outlet flip to have the ground on the bottom as the standard? While there is no possible way to tell when, the reason (we believe) for it can be traced to the human ability to see patterns, and the human face.

Pareidolia is the tendency to interpret a meaningless image or random image into a visual pattern or picture. Essentially, the act of seeing a smiley face in the electrical outlet.

Therefore, as the shape of 3 plugs is quite simple, the shape/arrangement is equated through pareidolia to a human face. And seeing that face ‘upside down’ just doesn’t sit right. Therefore, the outlets were at some point in time, flipped (with no effect to function).

But, if you go by the book, it should be with the ground on top. However, human visuals tell us another thing. Because there ultimately is a relation between designs and the eyes. For us personally, we will be placing the ground on the bottom. We aren’t monsters.