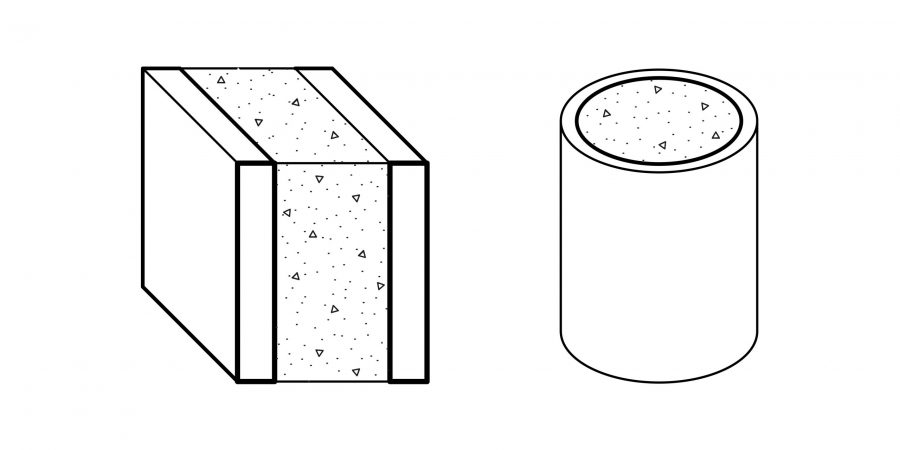 Formwork is the system/structure of boards, ties, and bracing used to create a ‘form’ (or ‘mold) which wet concrete is poured into. After the concrete has cured, the formwork is removed and it leaves the resultant concrete form.

Formwork for concrete can be made out of a number of materials, but the most standard is ¾” plywood. Typically the plywood side facing the wet concrete is coated in a material impermeable to the wet concrete; such as oil, water-resistant glue, steel, or a hard plastic.

You can get tight tolerances with a great subcontractor, but concrete is a messy business and difficult trade to master. Forms can shift, weight can affect plumbness, and so on. The tighter the tolerances required, also will translate into more money as extra time is needed to re-verify heights, take surveys, etc. Therefore, dimensions and elevations should ideally be struck in ½” increments.

Because the wet concrete touches the formwork, you can translate a pattern into the finished concrete from the formwork, whether for aesthetic or other reasons.

Formliners are another way of creating a pattern across a surface. These liners are typically made of a plastic or plastic-like material that is elastic and can be easily removed and then reused on another piece of the project. The patterns have repetition so it can seamlessly get used across the project.

On in-situ surfaces that will be left exposed, if there are ties as part of the formwork, some thought needs to be given to where those ties are located and the spacing. This is not only an aesthetic concern, but needs to be coordinated with the structural requirements of the formwork.

Reveals are commonly referred to as rustication strips. These are typically pieces of a material secured to the formwork which once removed, leave a deep reveal in the finished concrete.

Form ties are typically metal wires or rods that are placed at regular intervals across the formwork to hold opposite sides together. The concrete exerts an immense pressure outward, which puts the ties in tension. The ties excel in this structural instance and therefore thin ties across the form will hold the gap and prevent the outward collapse due to the weight.

Cone shaped pieces are placed at each end of the tie flush with the concrete form. When the concrete is cured and forms removed, the cone/cylindrical shape is left. This allows the tie to be cut lower than the face surface of the concrete. The holes are either left as-is, plugged with rubber pieces, or patched with grout or sealant.

There are many special types of form construction materials and techniques that have been developed over the years. These are mainly to either decrease construction time, or look to be better insulating using technological advancements in materials.

Slip forms move while the concrete cures. This is compared to letting the concrete completely cure. Slip forming is extremely common for repetitive structures, such as tunnels and high-rise building cores.

Flying forms consist of large fabricated sections of framework that are removed once the concrete has cured and reused to form an identical section above. They are often used in buildings that have highly repetitive elements such as high rise buildings and especially cores.

ICFs are standardized polystyrene forms that provide the formwork for concrete. ICFs are unique because they are designed to be left in place after the concrete cures. The polystyrene material provides excellent thermal performance, and finish materials can be applied directly to the plastic or ties which are integrated into the formwork design.

Code generally requires both sides be protected from fire as well as sun and weather exposure.

Openings are able to be provided in ICFs. The formwork space needs to be sealed properly and the opening supported until the concrete is cured.

The process of pouring concrete can be quite expensive. Besides the raw materials that go into concrete and rebar, the next biggest controllable expense is the formwork. An architect can help reduce the cost of the formwork specifically by following a couple of guidelines:

Because of the nature of concrete, tolerances are to be expected and needed in the concrete work. Its advisable to always design tolerance into your details to allow slight variations in the construction.

An electronic instrument is used to take multiple readings over 12-inch intervals and develop a statistical evaluation of the flatness of the the floor. This is reflected in a single number ranging from 10 to 150. 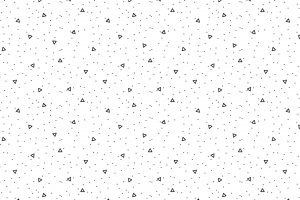 Introduction Concrete is one of the most versatile materials available[...] 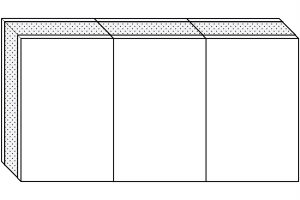