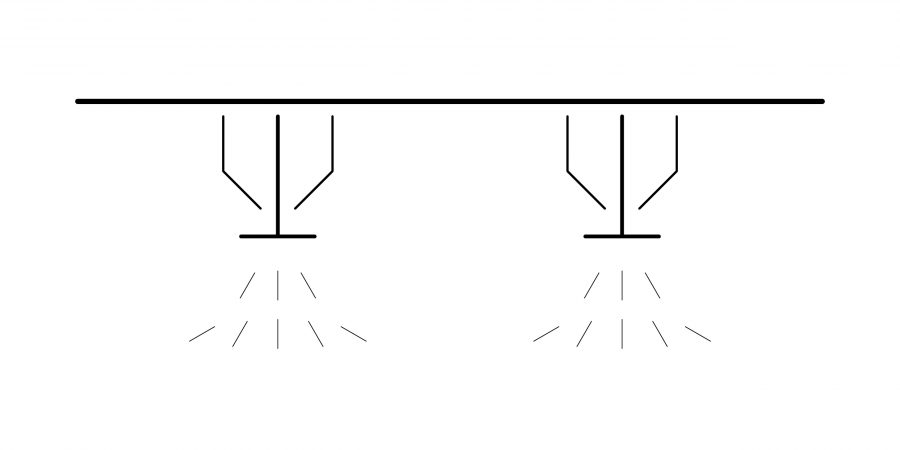 Recently, more new construction has utilized sprinklers because property owners (and insurance companies) have discovered the benefits of life safety and reduced property damage by having a system in place. This has led to insurance companies offering reduced fire insurance premiums, and code writers to lessen restrictions if a sprinkler system is provided.

NFPA classifies buildings into 3 types of fire hazard: Light, Ordinary, and Extra. The hazard determines the sprinklers and location/quantity required.

Older sprinkler heads use a fusible link, whereas new sprinkler heads have a glass bulb and liquid inside that is designed to break the glass and release. Based on the color of the liquid, it identifies the temperature it will break at.

Sit above the sprinkler pipe and are used where the plumbing is exposed and ceilings are high and unfinished. Can be inexpensive as an option, and typically used in back of house and mechanical spaces.

Used for corridors and small rooms where a single row of sprinklers can provide adequate coverage of the entire floor space.

Located below the sprinkler pipe, this type of head is ‘pointing down’ and the most common for new built finished work.

There are several different types of sprinklers. The type utilized will depend on the Occupancy Group, the contents of the space, and level of protection required.

Quick-Response Sprinklers: More sensitive to heat than standard sprinklers, so they take less time to activate the sprinkler.

(ESFR) Early-suppression Fast-response: Sprinklers spray water at high pressure and at a higher rate of flow than most sprinklers and are for use in more hazardous locations.

(QRES) Quick-response Early-suppression: Similar to ESFR, but have smaller orifices and are designed for light-hazard occupancies.

(EC) Extended Coverage: Sprinklers cover a larger area per head than most sprinklers, but they may be used only in light-hazard occupancies and under smooth flat ceilings.

Portable fire extinguishers are helpful for stopping small fires in the early stages of development.

Intumescent Materials: Respond to fire by expanding rapidly, insulating the surface they protect and filling gaps to prevent the passage of fire, heat, and smoke. 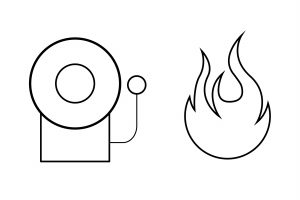 Definitions Incipient Stage: No visible flame, or noticeable heat has[...] 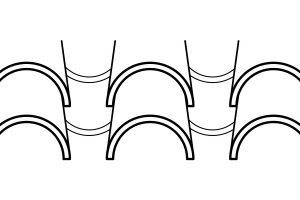 Introduction & Rules of Thumb Roofs, when pitched should be[...]